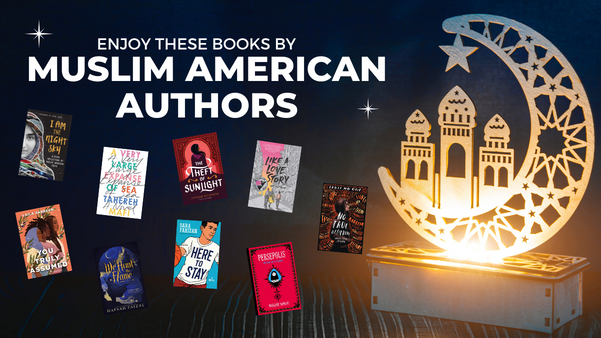 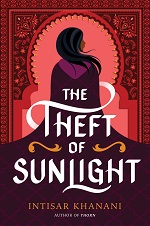 Children have been disappearing for longer than anyone can remember. When her friend’s sister is snatched, Rae knows she can’t look away any longer–even if that means seeking answers from the royal court, where her country upbringing and clubfoot will only invite ridicule. But surprisingly, she discovers an ally in the foreign princess, who recruits her as an attendant. Armed with the princess’s support, Rae seeks answers in the dark city streets, finding unexpected help from a street thief with secrets of his own. But treachery runs deep, and the more Rae uncovers, the more she endangers the kingdom itself. 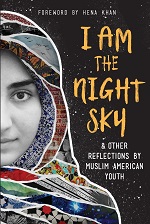 I Am the Night Sky: And Other Reflections by Muslim American Youth by Hena Khan
Genres: Nonfiction, Anthology

During an era characterized by both hijabi fashion models and enduring post-9/11 stereotypes, ten Muslim American teenagers came together to explore what it means to be young and Muslim in America today. These teens represent the tremendous diversity within the American Muslim community, and their book, like them, contains multitudes. Bilal writes about being a Muslim musician. Imaan imagines a dystopian Underground. Samaa creates her own cartoon Kabob Squad. Ayah responds to online hate. Through poems, essays, artwork, and stories, these young people aim to show their true selves, to build connection, and to create more inclusive and welcoming communities for all. 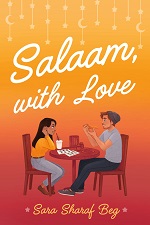 Being crammed into a house in Queens with her cousins is not how Dua envisioned her trip to New York City. But here she is, spending the holy month of Ramadan with her conservative extended family she hasn’t seen in years and her aloof, engaged-to-be-married cousin. And as if fasting the whole day wasn’t tiring enough, Dua must battle her hormones whenever she sees Hassan, the cute drummer in a Muslim band who has a habit of showing up at her most awkward moments. But after just a month, Dua is surprised to find that she’s learning a lot more than she bargained for about her faith, relationships, her place in the world–and cute drummers… 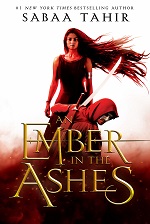 An Ember in the Ashes by Sabaa Tahir
Genres: Fantasy, Romance, Dystopia

Laia and her family must eke out an existence in the Martial Empire’s impoverished backstreets, but they do not challenge the Empire. Ever. They’ve seen what happens to those who do. But when Laia’s brother is arrested for treason, she is forced to make a decision. In exchange for help from rebels who promise to rescue her brother, she will spy for them from within the Empire’s greatest military academy. There, Laia meets Elias, the school’s finest soldier–and secretly, its most unwilling. Elias wants only to be free of the tyranny he’s required to enforce. He and Laia will soon realize that their destinies are intertwined–and that their choices will change the fate of the Empire itself. 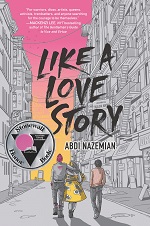 Like a Love Story by Abdi Nazemian
Genres: Historical Fiction

It’s 1989 in New York City, and for three teens, the world is changing. Reza is a secretly gay Iranian boy who has just moved to the city. Judy is an aspiring fashion designer who worships her AIDS activist uncle Stephen. Judy has never imagined finding romance…until she falls for Reza and they start dating. Art is Judy’s best friend, their school’s only out and proud teen. He’ll never be who his conservative parents want him to be, so he rebels by documenting the AIDS crisis through his photographs. As Reza and Art grow closer, Reza struggles to find a way out of his deception that won’t break Judy’s heart–and destroy the most meaningful friendship he’s ever known. 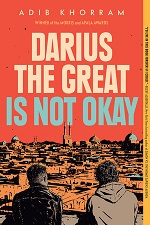 Darius the Great is Not Okay by Adib Khorram
Genres: Realistic Fiction

Darius Kellner may be half-Persian, but he speaks better Klingon than Farsi and he knows more Hobbit social cues than Persian ones. About to travel to Iran for the first time, Darius is sure he’s not going to fit in (just like at home). His clinical depression doesn’t exactly help matters, and trying to explain his medication to his grandparents only makes things harder. Then Darius meets Sohrab, the boy next door, and things start to change. Soon, they’re spending their days together and talking for hours on a secret rooftop overlooking the city’s skyline. Sohrab calls him Darioush-the original Persian version of his name-and Darius has never felt more like himself than he does now that he’s Darioush to Sohrab. 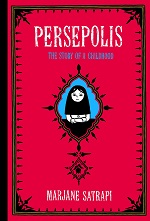 In powerful black-and-white comics, Marjane Satrapi tells the story of her life in Tehran from ages six to fourteen, years that saw the overthrow of the Shah’s regime, the triumph of the Islamic Revolution, and the devastating effects of war with Iraq. The intelligent and outspoken only child of committed Marxists and the great-granddaughter of one of Iran’s last emperors, Marjane bears witness to a childhood uniquely entwined with the history of her country. Persepolis paints an unforgettable portrait of daily life in Iran and of the bewildering contradictions between home life and public life. Satrapi’s child-eyed view allows readers to learn the history of her country and extraordinary family along with her. 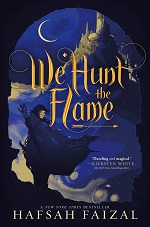 Magic disappeared long ago from Arawiya, and the kingdom suffers for it. Zafira, a hunter, disguises herself as a man to brave the cursed Arz, a forest that drives any who enter it insane. Any one except Zafira, that is. Meanwhile, Nasir, the Prince of Death, strikes fear across the land as its most skilled assassin, cutting down anyone who threatens his father’s rule. Then political unrest and a dying land force Zafira on a quest to restore magic to Arawiya before the encroaching forest consumes them all, and Nasir is set on her trail to kill her. But the treacherous journey throws the enemies together, and they forge a tentative alliance in the face of a far greater danger than they have ever known. 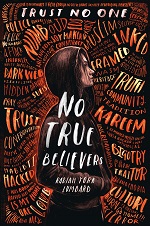 Salma has always loved her suburban life. But then things start to change. Friends start to distance themselves. Her best friend/neighbors move away when no one wants a Muslim chiropractor anymore. Even trusted teachers look the other way when students threaten Salma at school. After a terrorist bombing nearby, Islamaphobia tightens its grip around Salma and her family. Shockingly, she and her boyfriend find themselves under suspicion for the bombing. As Salma starts to investigate who is framing them, she uncovers a deadly secret conspiracy with suspicious ties to her new neighbors–but no one believes her. Salma must use everything she has to expose the truth–before it’s too late. 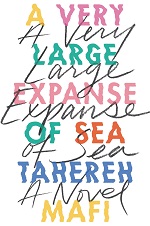 It’s 2002, a year after 9/11. It’s an extremely turbulent time politically, but especially so for someone like Shirin, a sixteen-year-old Muslim girl who’s tired of being stereotyped. She’s tired of the rude stares, the degrading comments–even the physical violence–she endures every day. So she’s built up protective walls and refuses to let anyone close enough to hurt her. Instead, she drowns her frustrations in music and spends her afternoons breakdancing with her brother. But then she meets Ocean James. He’s the first person in forever who really seems to want to get to know Shirin. It terrifies her–and Shirin has had her guard up for so long that she’s not sure she’ll ever be able to let it down. 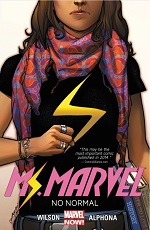 Marvel Comics presents the all-new Ms. Marvel, the groundbreaking heroine that has become an international sensation! Kamala Khan is an ordinary girl from Jersey City – until she is suddenly empowered with extraordinary gifts. But who truly is the all-new Ms. Marvel? Teenager? Muslim? Inhuman? Find out as she takes the Marvel Universe by storm! As Kamala discovers the dangers of her newfound powers, she unlocks a secret behind them as well. Is Kamala ready to wield these immense new gifts? Or will the weight of the legacy before her be too much to handle? Kamala has no idea either. But she’s comin’ for you, New York! 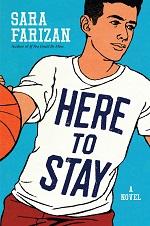 What happens when a kid who’s flown under the radar for most of high school gets pulled off the bench to make the winning basket in a varsity playoff game?
If his name is Bijan Majidi, life is suddenly high fives in the hallways and party invitations–along with an anonymous photo sent by a cyberbully that makes Bijan look like a terrorist. The administration says they’ll find and punish the culprit, but Bijan wants to pretend it never happened. He’s not ashamed of his Middle Eastern heritage; he just doesn’t want to be a poster child for Islamophobia. In the aftermath, Bijan discovers it’s not always easy to tell your enemies from your friends… 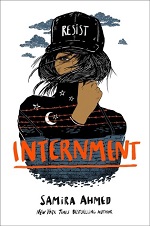 Set in a horrifying alternate United States, seventeen-year-old Layla Amin and her parents are among the Muslims rounded up and transported to Manzanar, an internment camp for Muslim American citizens. While most people quietly comply, Layla is determined to fight back for the freedom that is rightfully hers. With the help of some newly made friends also trapped within the internment camp, her boyfriend on the outside, and an unexpected alliance, Layla begins a journey to fight for freedom. Before long, she finds herself leading a revolution against the camp’s despicable Director and his guards. 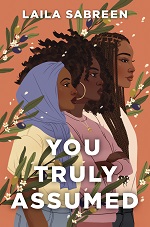 After a terrorist attack causes Islamophobia to rise in her area, Sabriya turns to her online journal to vent. “You Truly Assumed” was never meant to be anything more than an outlet, but the blog goes viral as fellow Muslim teens around the country flock to it and a sense of community. Soon two more teens, Zakat and Farah, join Bri to run “You Truly Assumed” and the three quickly form a strong friendship. But as the blog’s popularity grows, so do the hateful comments. When one of the girls is threatened, their friendship is put to the test as all three must decide whether to shut down the blog and lose what they’ve worked for…or take a stand and risk everything to make their voices heard. 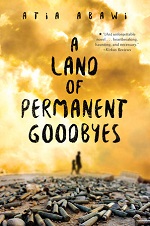 Tareq lives in Syria with his loving family, taking care of his siblings while his father sells food in the market–until the bombs strike. He, his father, and his younger sister are the only survivors, and they have no choice but to begin the sorrowful journey as refugees, passing through an ever-changing landscape with other people who are abandoning their homes, whether by choice or fate. First attempting to go to Raqqa, where they have extended family, the family soon finds Raqqa is a stronghold for Daesh, the militant group claiming to follow Islam, yet who really exist only to enable violence and intolerance. Forced to leave quickly, can Tareq and his family successfully flee the violence?