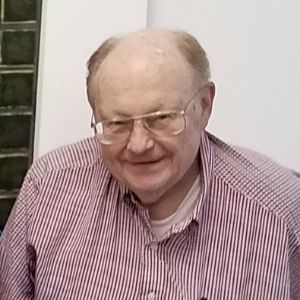 Brian Anderson, former Plymouth District Library Board of Trustees president, shares “Steve was a champion of libraries throughout nearly four decades of dedicated public service, donating his time and efforts in nearly every possible capacity toward their cause. His advocacy of the library, both to his community and to our governing bodies helped advance library interests at all levels. To the Plymouth District Library, Steve was a role model, demonstrating a willingness to mentor and encourage new trustees that was invaluable in helping the PDL to maintain a stable and well-informed Board. His insights consistently provided focus on the significance of libraries in the region and state regarding trends, funding, leadership and commitment to the community. He also enhanced the reputation of our library through his involvement with other stakeholders within our community, such as Growth Works and the Plymouth Canton Community School Board of Education, and the Educational Excellence Foundation.”

Steve Harper was active in Plymouth community service for over forty years, beginning with his involvement in Growth Works (a Plymouth youth and family support service) and in 1976 as an elected member of the Plymouth School District Board of Education. He remained active on the school board for several years and then turned his attention to the newly formed Friends of the Plymouth Library. The Friends were formed to champion and support outstanding library service for Plymouth. Steve was listed as a founding member of this fledgling organization in the Articles of Incorporation filed in 1982 and was elected as its first treasurer on May 25, 1982.

While Steve was working with the Friends, moves were afoot to establish the library as an independent entity, apart from the city government. He co-organized the 1985 petition drive and referendum to create the Plymouth District library. On September 10, 1985, voters approved the creation of the Plymouth District Library. Stephen Harper was listed as a candidate for trustee on the Library Board of Trustees in that same election and became a board member for the newly established district library. With a 35-year career in finance and business planning, Steve was invaluable in creating the first library budget and working to pass the initial millage in the November 1985 election.

In 1989 when it had become obvious that the library had outgrown its current facility Harper was named chairperson of the Building Committee to explore the construction of a new building. He helped lead the campaign that resulted in voter approval of a new library on November 8, 1994. As a member of the Library Board of Trustees, Steve was part of the team that selected the design and site for the present building. In April 1998 the then 42,000 square foot Plymouth District Library opened to the public, thanks in great part to the leadership of Steve Harper.

Mr. Harper served on the Plymouth District Library Board from 1986 – 2004 and returned to the library Board in 2015 to improve and expand services to our community. He has served in all of the Board’s officer positions and chaired the Building Committee, where he guided the planning, design and construction of the present Dunning-Hough Library. With his leadership, the Plymouth District Library has significantly impacted the Plymouth Community and will continue to do so for decades to come.

Steve also supported local libraries throughout southeast Michigan by serving on
The Library Network (TLN) Board of Trustees from 2004 – 2021. His extensive knowledge and experience in the financial sector assisted The Library Network in its continued fiscal responsibility and vitality. He also proudly served on the Plymouth Canton Community Schools Education Excellence Foundation, 2000 – 2021 and the Library of Michigan Quality Services Advisory Committee.

For his tireless dedication to our Library, our community and libraries across Michigan, we extend our heartfelt gratitude for our friend, Steve Harper.